Alexander F. Santagada, Jr. passed away unexpectedly on Saturday, January 9, 2016. Alex was a very talented man with wide interests that included artwork, classical music, construction and design, working on computers and model trains. He especially loved spending time with his family and friends and riding his Harley-Davidson motorcycle.Alex will be forever missed by his wife and love of over 26 years, Jennifer Diane Bush.
He is also survived by his dearly loved son, Mark A. Santagada.
A visitation will be held at the Doherty Funeral Home, 3200 Limestone Road, Pike Creek on Thursday, January 21 from 5:00-6:00PM, with a memorial service immediately following.
In lieu of flowers, Alex would be grateful for donations to the charity most dear to his heart, St. Jude Children’s Research Hospital

Jamie Marie Episcopo, age 48, of Delaware City, DE, went home to be with her Lord and Savior, whom she loved and served, on Tuesday, November 10, 2015. Jamie graduated from DelTech with a degree in Physical Therapy. She was a weight lifter and body builder who competed in body building competitions – where she won several trophies. Jamie belonged to the Christian Motorcycle Association and enjoyed riding with her husband and friends. She loved going to the beach and decorating for all holidays especially Christmas. Although all these things were important to Jamie, next to her Lord – she adored her husband and daughter who will miss her dearly. As an organ donor Jamie was able to give the gift of life to 6 recipients.

A visitation will be held Monday, November 16, 2015 from 9 AM – 12 Noon at the Love of Christ Church, 2157 Bear-Corbitt Rd., Bear, DE 19701, followed by a service in celebration of Jamie’s life at 12 Noon. Burial will follow in All Saints Cemetery. For directions or to send an online condolence visit www.stranofeeley.com
– See more at: Delaware Online 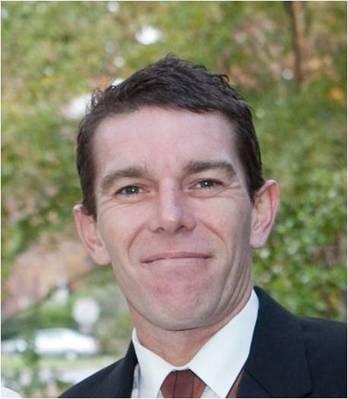 Eric Alyn Carlson, age 44, of New Castle, DE, beloved father, son, brother, and uncle passed away Wednesday, September 30, 2015. Born in Philadelphia, PA on May 4, 1971, Eric was well known since his teen years on the East Coast for his mechanical skills on motorcycles. He was employed by the White Knuckle Racing Team. His greatest love was his daughter, Chloe.

A visitation will be held Wednesday, October 7, 2015 from 2-3 PM in the Strano & Feeley Family Funeral Home, 635 Churchmans Rd., Newark, DE 19702 followed by a service in celebration of Eric’s life at 3 PM. Burial will be private. In lieu of flowers, donations may be sent to the funeral home to help with expenses.

age 72 of Quinton, passed away among family on February 9, 2015.  He was predeceased by his parents, Alfred and Stella, a sister and two brothers.  He is survived by three sisters and two brothers, his wife, Sharon, children Fred III and Jennifer Mullica and 4 grandchildren.
Fred was a retired millwright from DuPonts Edgemoor facility.  He was an avid motorcycle enthusiast and loved riding and maintaining his 1988 Harley Davidson softtail.
In lieu of flowers, donations can be made to the American Cancer Society or Motorcycle Accident Victims at PO Box 6, Pennsville, NJ  08070 (www.motorcycleaccidentvictims.org)

In lieu of flowers, donations may be made in Craig’s memory to Motorcycle Accident Victims, P.O. Box 6, Pennsville, NJ 08070. Condolences may be shared with the family at www.egizifuneral.com.

“A Life Well Lived
Is Worth Remembering”

age 72, of Newark, DE, passed away peacefully on Wednesday, January 7, 2015.Born in Bloomfield, MO on April 13, 1942, Darrell was the son of James Hugh and Irene Denny Willis. He proudly served his country as a member of the US Army, specializing in intelligence. Darrell made his career with the former MBNA, where he worked as an executive vice president, retiring after 40 years of dedicated service.A true outdoorsman, he enjoyed hunting and sporting clays and was an avid Harley-Davidson enthusiast. Life was an adventure for Darrell and he looked forward to each day. His passion was his family and he made it his life’s mission to always put them first. A devoted husband, father, brother, grandfather and friend, Darrell will be dearly missed by all.In addition to his parents, he was preceded in death by his mother-in-law, Joan Kay. Darrell is survived by his beloved wife of 29 years, Vickie Kay Willis; daughter, Robin Willis McCormick; sisters, Karen Comfort (Steve) and Vickie Green (David); father-in-law, Donald J. Kay, USAF, ret.; and 2 grandchildren, Alyse and Chelsea West.A visitation for family and friends will be held from 6 pm until 8 pm on Monday evening, January 12, 2015 at the Spicer-Mullikin Funeral Home, 121 W. Park Place, Newark, DE. A funeral service will be held at 11 am on Tuesday morning, January 13, 2015, at the funeral home. Interment will be held privately. In lieu of flowers, memorial contributions may be made to Ducks Unlimited, Inc., One Waterfowl Way, Memphis, Tennessee, USA 38120 or to the Wounded Warrior Project P.O. Box 758517 Topeka, KS 66675(877.832.6997 /woundedwarriorproject.org) or to a favorite charity of your choice.

Robert ‘Bobby’ Charles Heine, Jr., 51, of Apache Junction, Az., passed away on Tuesday, Nov. 12, 2013 after being in a motorcycle accident. He was born on Aug. 8, 1962 in New Brunswick. He had resided in Hunterdon County until moving to Arizona 23 years ago. He was the son of the late Robert C. Heine Sr. and Donna Kimble Heine. He attended North Hunterdon High School in Clinton Township. Bobby was a heavy machine operator, working for M & P Venture Partners LLC. He enjoyed riding motorcycles, going to the shooting range, working on cars and going to casinos. Survivors include one sister, Karen Bishop and her husband Robert of Asbury; two nieces, Kelly Bishop of Stewartsville and Kim Bishop of Washington; three great nieces and nephews, Anthony, Peyton and Luke; and many aunts, uncles, cousins and friends. Memorial service will be Saturday, Nov. 30, at 2 p.m. at the Bishop Residence, 6 Timberline Rd., Asbury. Arrangements by Scarponi-Bright Funeral Home. In lieu of flowers, memorials may be made to MAV (Motorcycle Accident Victims), PO Box 6, Pennsville, NJ 08070.

passed away suddenly on July 17th, 2013. Born in West Palm Beach, FL, to Hilda and the late Bobby Keen, Robert was a Delawarean for the past 44 years. He was a graduate of Delcastle High School Class of 1975. For the past 22 years, Robert was the owner of Keen’s Carpet Services. Robert, also known as Keeno, was a previous officer and active member of the Four Seasons Motorcycle Club and Abate of N.C.C., as well as a previous officer of the MAV Foundation.In his spare time, he enjoyed taking road trips with his wife on their motorcycles, as well as traveling extensively.Robert will be remembered as a caring and strong man with a big heart, who was always willing to lend a hand.  He is survived by his wife of 33 years, Doris E. Keen (Nee Petkiewicz); his daughter, Amy E. Keen; his mother, Hilda F. Keen; his brothers David A., Charles, and Edward L. Keen; and his nephews, Eric, Matthew and E. Alex Keen.

I am very sad to say one of our members Bob “Paul Sr.” Spino lost his battle with cancer this past weekend.  He was a great man and will be missed by all of us in the First State HOG chapter.  Our thoughts and prayers are with Renee and the family during this difficult time.

Please join your fellow chapter members on a ride, led by Rich Holley, to the viewing in Pennsville, NJ on Tuesday, October 16, leaving Rommel HD New Castle at 6:45 PM SHARP.  please be at Rommel’s no later than 6:30 PM.   It is approximately a 15 minute ride over the Delaware Memorial Bridge.  Don’t forget your EZ-Pass for your trip home.  You are free to return with the group or leave early.

If you will be driving and would like to arrive with the group please meet at Rommel HD at the specified time.

Renee has indicated that First State HOG attire is welcome at the viewing and service.

In addition, a service will be held on Wednesday October 17, 10 am, where relatives and friends will be given the opportunity to share any memories of Bob. Burial will follow in Lawnside Cemetery, Pilesgrove, and New Jersey.  There is the potential, weather permitting, for a ride to the service and burial on Wednesday.  Further details will be forthcoming.

Phyllis was a native of Dartford, England and immigrated to the United States by ship in 1948. A registered nurse and a gifted educator, she taught in Wilmington schools and in the New Castle County Vo-Tech School District for 22 years.

Phyllis was a longtime member of Immanuel Episcopal Church on the Green, where she taught Sunday school and assisted with the nursery and kindergarten programs for many years. She was also a member of the Altar Guild, a coordinator of the Meals on Wheels program, a mentor in New Castle schools, a docent for several museums in Old New Castle, and active with the Emmanuel Dining Room.

A memorial service will be held at 11 am on Wednesday, September 18, 2013, at Immanuel Episcopal Church on the Green, Second and Harmony Streets, New Castle. Interment will follow in the adjoining parish cemetery.

In lieu of flowers, contributions may be made to Immanuel Episcopal Church on the Green, c/o Parish Office, 100 Harmony Street, New Castle, DE 19720; or to the .

A 2009 graduate of Conestoga Valley High School and Lancaster County C.T.C., Evan was employed by Lancaster Pump, building water systems for industrial and residential use. He was previously employed by J&E Smoll Lawn Care and Landscaping.

Evan was passionate about anything in which he was involved, especially dirt and street biking. He was always willing to help anyone out by using his talents to fix and work on trucks, motorcycles and anything with an engine. Evan’s eternal spirit and infectious smile will live ­within his family and friends forever.

Joseph A. (Cakes) Volpe of Monroe, NY, a Lithographer for Bowne Company of Spring Valley, NY for 25 years and a 30-year resident of area, died Friday, June 1, 2012 at Wilson Memorial Hospital in Johnson City, NY as a result of a motorcycle accident. He was 57 years of age.

The son of Anthony and Mary Ann Volpe, he was born in Brooklyn, NY.

Joe was a member of the Garden State Motorcycle Association, American Motorcycle Association, Rock Tavern Snow Mobile Association, Sacandaga Snow Mobile Club and was active in the Boy Scouts of America, both as a scout and then as a leader. He was predeceased by his father, Anthony F. Volpe. He is survived by his mother, Mary Ann Volpe of Monroe, NY and his son, Adam Volpe of Chester, NY, and his daughter, Vanessa Volpe and her fiancee, John Rivera of Albany, NY. Joe is also survived by his siblings: James Volpe and his wife, Claire, Anthony Volpe and his wife, Ann Marie, Catherine Volpe-Wasserman and her husband, Ira, Maria Volpe-Endrizzi and her husband, Michael and Andrea Volpe. He is also survived by numerous nieces and nephews, his great niece and nephew and many cousins and friends also survive him.

Funeral arrangements and cremation services have been entrusted to Thomas F. Flynn and the staff of Flynn Funeral & Cremation Memorial Centers, Inc., 139 Stage Road, Monroe, NY 10950. For directions to the funeral home, or St. Anastasia Parish Church, or to offer an on line memorial, please visit www.flynnfh.com

Mama rode off to heaven on Friday April 24, 2009, at the age of 47.
Karen was born in Wilmington, DE, the daughter of Louise Bain and the late Herlan Bain. She was a 1980 graduate of William Penn High School and has been a resident of New Castle County all her life.

Karen was a Hairdresser for 30 years. She was a member of First State Chapter of HOG where she was Activities Officer. Karen enjoyed travelling, reading, bowling, riding and spending time at the beach. Most importantly Karen’s heart belonged to her family. She loved and cared for her family and especially enjoyed spending time with her grandson Tyler.
The Fortner family requested a contribution may be made In memory of Karen: Motorcycle Accident Victims, M.A.V. www.motorcycleaccidentvictims.org.